Rex Stalker, Monster Hunter.  Enough said.  For those of you out there that somehow have never heard of the world’s greatest monster hunter, here is a small list from Rex Stalker’s many recorded accomplishments.

Rex Stalker began his career as a child in the wilds of the Australian outback.  It was then that Rex encountered his first monster, a real life Sasquatch.  This was an event that would shape his destiny forever.  Later as a young man, Rex Stalker would spend several years flushing out some of the world’s most notorious monsters thus proving that not all myths are pure fiction.

Throughout the years, Rex has always maintained that his keen sense for monster hunting was due to the particularly complex internal nasal structure of his nose.  Having had reconstructive surgery on his nose after an alleged kick to the face by an enraged llama, Rex soon discovered he had a strange side effect from the surgeries.  Rex claims that ever since his “accident” he has maintained the ability to literally sniff out any monster, anywhere, any time.  Thus making him the undeniably greatest monster hunter of all time.

Rex’s reputation soon spread all across the globe and it wasn’t long until Rex was granted an unprecedented TV deal that would create the now legendary “Rex Stalker’s Monster Hunters.”   This one hour documentary TV series has run for over eight seasons on the Hi-Tops Network.

Rex Stalker’s Monster Hunters, was an instant success receiving endless critical as well as public acclaim for its gritty real life and scientific approach to monster hunting.  Having invoked instant credibility for the monster hunting world, it didn’t take long for Rex Stalker to branch out into other mediums including a bi-monthly periodical, podcasts, guest appearances and six amazing volumes of Rex Stalker’s best-selling book,  Rex Stalker’s MONSTER HUNTERS: Encyclopedia of Monsters, Creatures and Beasts.  (Vol. 6 Now available in paperback)

Like all purveyors of the fringe Sciences, Rex Stalker has had his share of critics and skeptics.  When asked about his very few criticisms, Rex Stalker simply replies, “Blimey, I’m as real as they come baby and I’m the bravest man in the world, and if you don’t believe me I’ll fight you right now.  Rex Stalker always gets his Monster!”  Indeed brilliant words from a brilliant man.

The truth is this is a very strange world indeed where almost anything can happen.  And the important thing to remember is that no matter what life throws at you, it’s important to always be prepared.  That’s why you need to get yourself a genuine SQUATCHSACK today.  Your life just may depend on it.  And remember, if it’s not officially licensed by Rex Stalker, it’s not a genuine SQUATCHSACK! 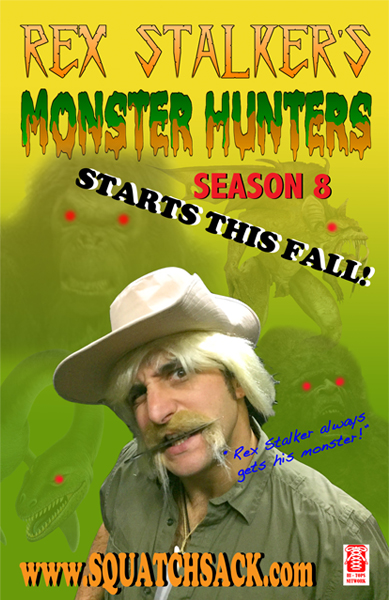 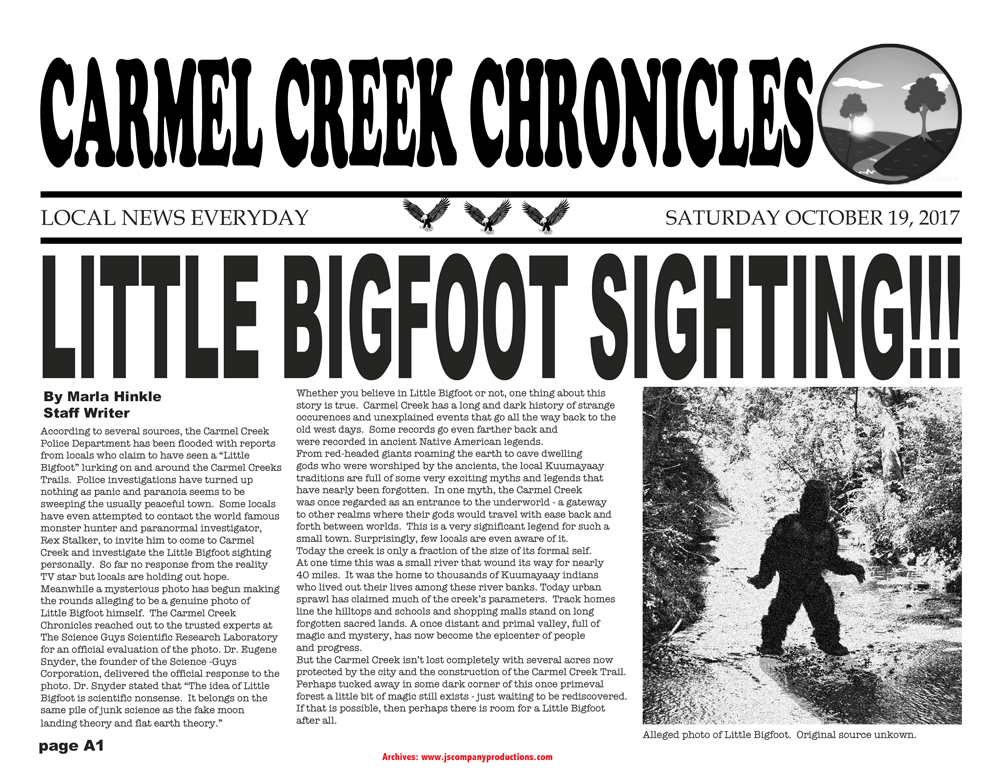